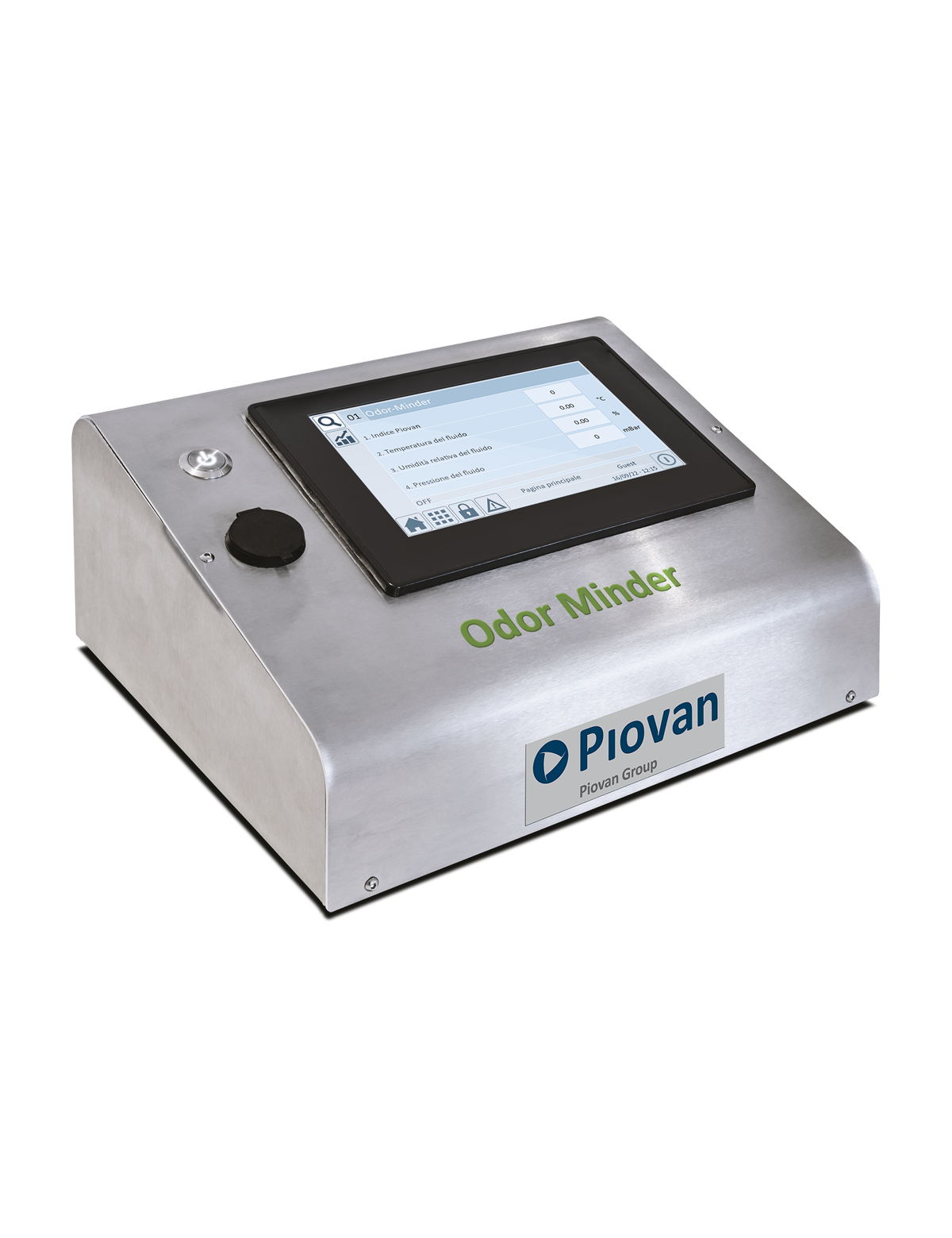 The most effective tool for assessing odor emissions is the human nose.

There is, in fact, a standardized survey method, (UNI EN 16841: 2017) Odour Field Inspection, which involves the direct determination of odors in the air, using olfactometers, to sample odors, and qualified examiners, panelists.

However, there are several cases where the human nose is not usable because:
● it is not suitable for 'continuous' and long-term measurements;
● it is not suited to discerning very similar types of odors;
● it is influenced by many factors (based on age, gender, state of health and experience).

For all these reasons, Piovan has designed Odor Minder, an electronic nose that simulates the human sense thanks to sensors and, following adequate "training", is able to detect up to 25 odorous substances.
The nose is characterized by high sensitivity, high selectivity, good stability over time and high reactivity to the presence of gases.

Odor Minder is intended for use with Piovan equipment for traceability of products with recycled polyolefin such as rPP, rPE, rHDPE, rLDPE.